Here is the shield of the Petre family, and, according to the book Boutell’s Heraldry, the correct description is as follows:

Image from the book “Boutell’s Heraldry”

“Gules, on a bend or between two escallops argent a Cornish chough proper between as many cinquefoils azure; and on a chief of the second a rose of the first seeded gold and barbed vert between two flours-di-lis of the field.”

It is important to understand that a coat of arms comes from the description of the elements originally issued by the College of Arms. Because of that, they can be interpreted in almost any way possible. For example, if there is a rose on the shield, then that rose can be carved in great detail or very simply—all that is important is that the rose is a rose, is in the correct position, and is the correct color.

The tinctures, or colors, are important and consist of only of two metals—gold and silver—and specific colors: red, blood red, mulberry red, blue, green, black, green, orange, purple, and ermine. However, they are typically described using French words. (Interesting side note: Even today, just about every military word in the English language comes from French.) Metals should not be placed next to one other but separated by colors, and all colors are separated by metals.

All areas of the shield have a name. For example, “dexter” is the male side and is on the left. On the right is the female side, which is called “sinister.” When two families merge though marriage, their coats of arms are combined to create a complex shield.

By the way, the crest is only the area above the shield and not the entire thing. 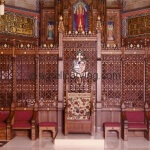 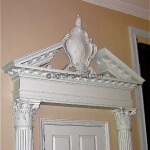 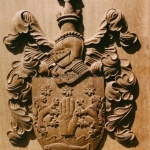 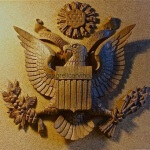 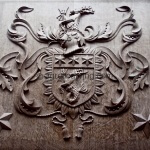