Inspired by Roman and Greek classical architecture, the neoclassical movement began in the 18th century. Generally it’s known as Federal in the USA, Georgian and Regency in the British Isles, Empire in France and Biedermeier in Germany.

As a reaction to the Baroque and Rococo styles that preceded, neoclassical art, architecture and interior decoration has the ability to produce either massive country houses in England, such as Woburn Abbey, the Arc de Triomphe in Paris or the beautiful homes seen in New Orleans and on the streets of Bath, England. The style touches the hearts (and budgets) of a fast-growing middle class across North America, the British Isles and Europe.

When done right, neoclassical can be opulent, majestic, restrained, romantic and tasteful all at once. It is the one major period style that even today and continues to inspire new residential and religious buildings, as well as corporate and city planning developments. The Capitol building in Washington, D.C. (and most state capital buildings around the country) follow the neoclassical style, implying the ideals of the democracy of ancient Rome.

Though it’s impossible to mention all the incredible talent of the 18th century with designers and furniture makers such as Thomas Chippendale, William Kent and later, Thomas Sheraton, we must talk a bit about the Adam Brothers.

The Adam Brothers were eminent in both architecture and interior design. Returning from Italy and Greece in the mid 18th century and being heavily influenced by the frescos of Pompeii and Herculaneum and the Etruscan Vases, Robert and James set up business with their elder brother John. It was a good time for architects, builders and artisans. The industrial revolution was powering a fast-growing middle class of wealthy businessmen, all eager to lead a more comfortable and luxurious life.

The brothers wanted a lighter and more elegant style, and they documented the furniture, fittings and fixtures they designed in their book, “The Works of Architecture,” published during the 1770s. Their tasteful and delicate interior designs utilized the new affordable paint available. Wood-carved decoration was subtle and in low relief and contained classical Roman elements of medallions vases and urns, delicate scrolls, dancing female figures, sphinxes and griffins.

In the late 18th century, the simpler Regency style in Britain and the Empire style in France and Russia superseded the Adam style, but it has had many revivals over the last 200 years and is the most popular style among our clients.

Check out designs for our historically accurate neoclassical-style room. 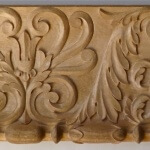 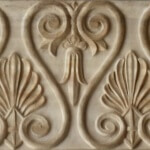 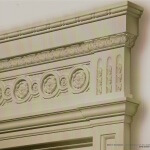 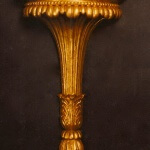 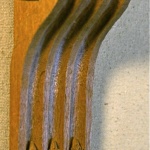 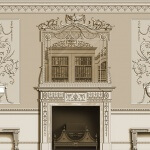 Design for a neoclassical-style room, with decorative panels and a fire surround. Rendered by Adam Thorpe for Agrell Architectural Carving.